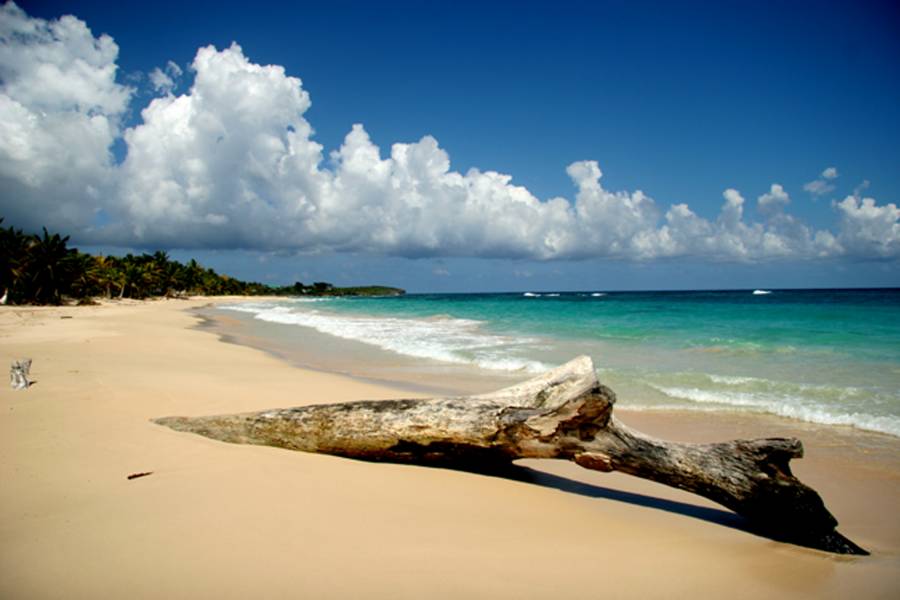 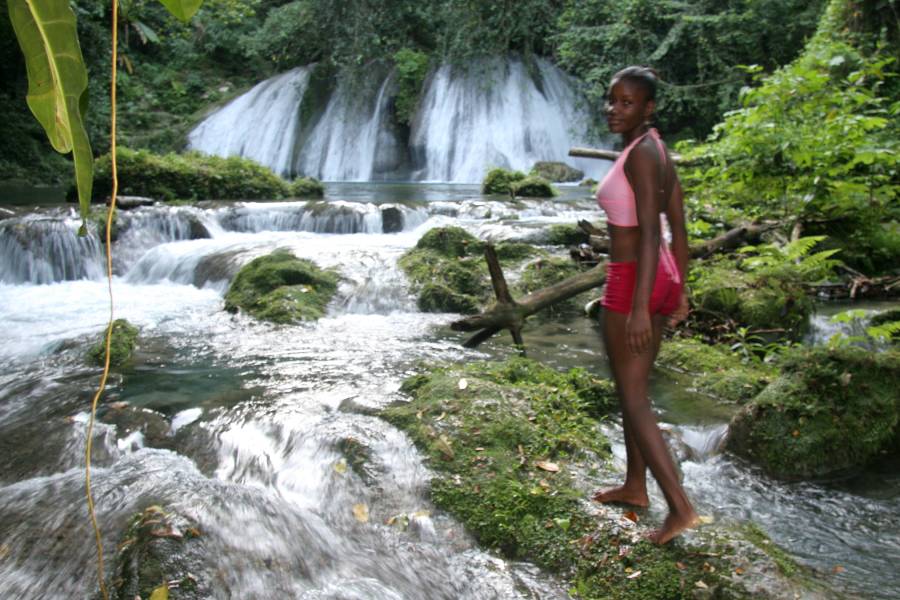 The region east of Port Antonio is dominated by the John Crow Mountains, which run northwest to southeast and butt up against the Blue Mountains, where they meet in steep slopes falling down to the sea near Hector's River. The John Crow Mountains are some of the less-traversed territory on the island, and even the coast in the area, which varies from fine sandy beaches to windswept bluffs, sees few visitors. A few minutes' drive east of Port Antonio, Boston is a quiet community that is said to be the original home of jerk. Long Bay is the area's predominant tourist strip, though it only has a handful of budget accommodations serving a trickle of backpackers and adventurous travelers.

Boston was bustling in the early years of the banana trade, when it took the name of the North American city that made it prosperous for a brief period. Boston is the alleged origin of jerk seasoning, but the Boston Jerk Center that claims this fame has become overrun with hustlers unmindful of the fact that their harassment has damaged the area's reputation. The jerk center is easily recognizable on the western edge of the community of Boston Bay just before crossing a bridge and going over a rise in the road heading toward Port Antonio. Max (cell tel. 876/435-3013) operates one of the newer stalls and may just be a good bet where integrity is concerned. Many vendors will insist you buy their "noni juice," said to have aphrodisiacal properties and to improve overall performance; others will simply beg for money. Beyond the annoyance, there are also serious inconsistencies in the quality and pricing of food at Boston Jerk Center. Weekends, when it gets busier, are the best time to take a stab if you must eat where jerk is said to have originated, as during the week the meat can sit on the grill until it goes cold before someone comes along to eat it. Fish is also served, but this is not the best place for it. If you do order fish, size it and understand what you will pay before it gets cooked. The best time to eat jerk is during the annual Portland Jerk Festival (July) when the multitudes don't let the meat sit around for long before eating it up. Based in Boston in years past, the festival relocated recently to Port Antonio's Folly Oval.

Long Bay is a sleepy fishing village with a picturesque, unspoiled beach, one of Jamaica's finest. Coral makes areas of the beach treacherous, made worse occasonally by strong undertow; precaution is always advised as ner a year goes by without hearing of another along this stretch of coast. but in other areas you can wade in until the water's over your head touching only fine sand below. A few low-key accommodation spots have sprung up over the past decade, serving a trickle of off-the-beaten-track travelers. Long Bay's beach is also known for having a decent swell on occasion and draws surfers from nearby Boston Bay, as well as the die-hard Wilmot crew from Jamaica's surf capital, Jamnesia, in Bull Bay, St. Andrew.

One of the most curious attractions, if it can be called that, in Long Bay is the home of the late Ken Abendana Spencer, one of Jamaica's most prolific and noted painters of the 20th century. The building, located on Pen Lane a few hundred meters inland from Fisherman's Park, resembles a science fiction scene from Batman or Mad Max, with a 10-meter-high wall--built to keep out thieves, according to Spencer's common-law wife, Charming (cell tel. 876/412-4116). Charming resides in the first floor of the immense structure built in the vein of a castle but never completed. Charming's two sons, Ken Abendana Spencer Jr. ("Jr.," cell tel. 876/448-7374) and Kensington Spencer ("Hopie," cell tel. 876/429-7380) also live on the property and receive guests, who can tour the surreal building and purchase Spencer paintings by both father and son Jr., also an artist who works in his father's style.

A quiet seaside fishing village, Manchioneel sees few visitors; a small anglers' beach known as Sandshore, at the east end of the community, is the main attraction.

Long Bay is a sleepy fishing village with one of the most picturesque and unspoiled beaches in Jamaica. A few low-key accommodation spots have sprung up over the past decade, serving a trickle of off-the-beaten-track travelers. Long Bay’s beach is also known for having a decent swell on occasion and draws surfers from nearby Boston Bay, as well as the die-hard Mystic crew from Jamnesia in Bull Bay, St. Andrew. At times the current can be quite strong; precaution is always advised.

If you don't have a rental car, oute taxis are the most affordable way to get between Port Antonio and points east along the coast. Route taxis depart Port Antonio from the square and can always be stopped along the road provided they aren't already overflowing with passengers; four squeezing in the back seat of a toyota carolla station wagon is typical. Otherwise, for day trips to Reach Falls or Bath Fountain, hiring a driver is a slighltly more comfortable, albeit costly (USD 30/50) option.