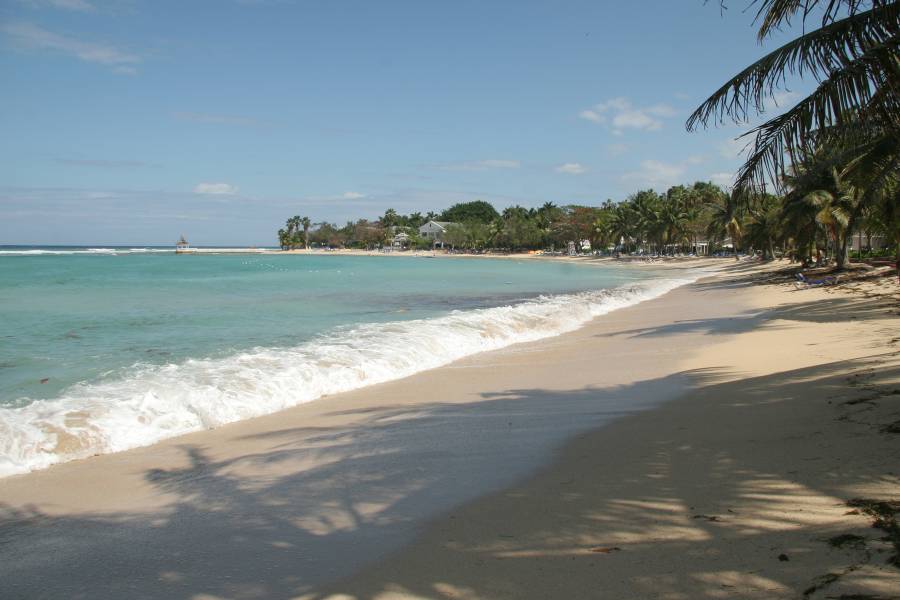 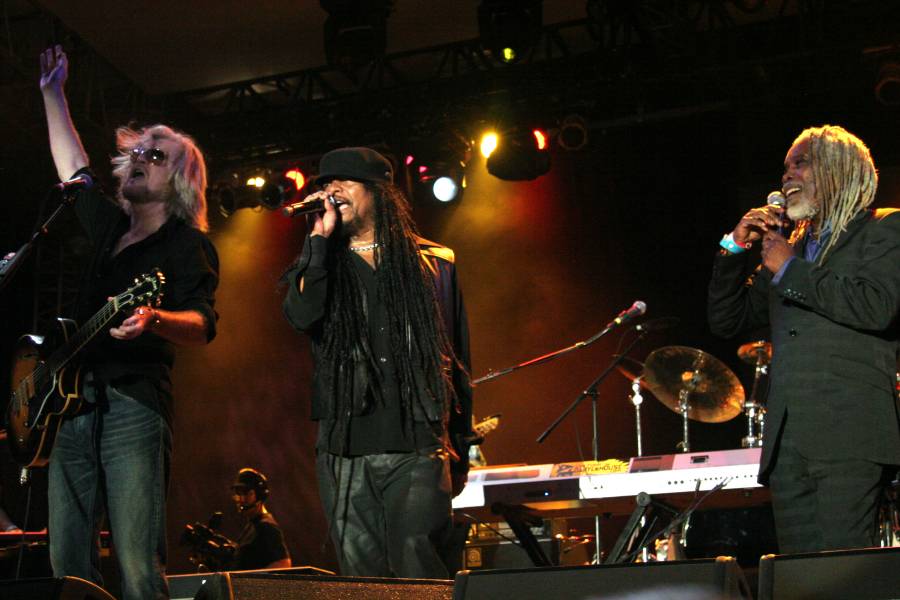 Montego Bay is the capital of St. James parish. Commonly referred to by locals as "Mobay," it's a place buzzing with cruise ships and international flights brimming with tourists. Many of these tourists spend barely a day on land before climbing aboard to depart for the next port. Others stay with their families in private villas for months of the year. Mobay's bustling service economy serves a large middle class, many of who spend much of the year abroad. This contrasts with large squatter settlements and an urban squalor that permeates the downtown area. On the quiet peninsula of Freeport, the city has an active yacht club, whose members partake in exciting events throughout the year; world-class golf courses lie east and west of the city. It's little wonder that many hotels register high occupancy throughout much of the year. Yet because the economy is overwhelmingly dependent on tourism, there arises at times a tangible resentment between the local population, a proud lot with fiery roots steeped in a not-so-distant, brutal history, and the endless flow of transient visitors, often perceived as cogs in the local economic machinery. But the congested angst of downtown Mobay quickly dissipates beyond the city limits, where the landscape of rural St. James quickly transforms into forested hills traversed by the occasional river.

The bordering parish to the east along the North Coast is Trelawny, seemingly still reminiscing over a glorious but languished past when Falmouth, its ornate capital, had money and class. As sugar lost importance in the island's economy in the late 1800s, Falmouth faded from preeminent port to sleepy backwater. Today the parish is slowly showing signs of rejuvenation as the world begins to acknowledge its architectural treasures, with international funding being successfully sourced and funneled by local NGO Falmouth Heritage Renewal. Trelawny boomed during the years of the sugar trade but was an important strategic area even before the time of parishes--going back to when the Spaniards used the Martha Brae River as a thoroughfare to traverse the island from the South to North Coasts. Their first major settlement of Melilla is said to have been near the mouth of the river. Before the Spaniards, the Martha Brae was the lifeblood for the area's Taino population, whose surviving legends are evidence of the river's importance to them.

Cockpit Country occupies the interior between the North and South Coasts, covering some of the most rugged terrain in the world, where limestone sinkholes, craggy hillocks, countless caves, and underground rivers made pursuit of Jamaica's Maroons a difficult task for the British colonists attempting to establish order and dominion. Together with the island's mountainous northeast, Trelawny gave respite to the indomitable Maroons; the parish remains a Maroon stronghold and adventurers' paradise. At the same time, the parish has the most peaceful and romantic farmlands in Jamaica, the Queen of Spain Valley being a particularly beautiful crown jewel amidst rough, rounded hilltops, where a citrus plantation today stands on the sugar estate of yesteryear. Cruising on horseback through this part of Jamaica is exhilarating and timelessly romantic, with orange and coconut groves and picturesque misty hills making for breathtaking scenery. This parish is rarely explored by tourists beyond the coastal areas of Falmouth, the Luminous Lagoon, and the Martha Brae River. As remote as Trelawny may seem when deep inside a cave or otherwise immersed in the bush, you are never more than a couple hours from civilization, or some semblance of it, in Montego Bay.

Hampden Estate is an historic sugarcane plantation and rum distillery that offers tours (Mon-Fri, 10 a.m. and 11 a.m., cost). The tour of the  Hampden Estate  last for approximately two (2) hours, goups consist of atleast ten (10) persons , however larger groups can be accomodated  by prior  arrangements.

Trelawny's capital, Falmouth, is today a run-down shadow of its short-lived former Georgian prime. Nevertheless, noble and much-appreciated efforts are under way to dust off years of neglect and shine favor on the town's glorious past by restoring its architectural gems. Falmouth was formed in 1790 when the port of the former capital Martha Brae silted up and shippers needed an export base. The town was laid out in a well-organized grid and named after Falmouth, England, birthplace of then-governor William Trelawny, who lent his name to the parish.

Doctor;s Cave Bathing Club (US$6 adults, US$3 children) is centrally located along the Hip Strip. The beach is a favorite for tourists as well as the area's uptown youth on weekends, and a popular venue for full moon parties and other events. The Groovy Grouper, to one side of the entrance, is a dependable spot for seafood and continental fare (US$10-30). Doctor's Cave Beach rivals cornwall beach for its crystalline waters and fine, white sand.

Rose Hall Great House (US$20 adults, US$10 children) is the former home of Annie Palmer, remembered as the White Witch of Rose Hall in Herbert De Lisser's novel of the same name. It's the most formidable and foreboding estate great house on the island today, with a bone-chilling history behind its grandeur. The tour through the impeccably refurbished mansion is excellent. Rose Hall was built in 1770 by John Palmer, who ruled the estate with his wife, Rosa.

Greenwood Great House (9 a.m.-5 p.m daily, US$14) is the best example of a great house kept alive by the owners, Bob and Ann Betton, who live on property and manage the low-key tour operation. Built in the late 1600s by one of the wealthiest families of the British colonial period, the Barretts first landed in Jamaica on Cromwell's voyage of conquest, when the island was captured from the Spanish in 1655. Land grants immediately made the family a major landholder, and its plantations grew over the next 179 years to amass 2,000 slaves on seven estates by the time of emancipation.

Whether or not you choose to stay at this well situated hilltop property, a sunset cocktail from the beautiful poolside terrace will remain a romantic memory indefinitely.

Montego Bay Cultural Centre, a re-branding of the former Civic Centre (9 a.m.-5 p.m Mon.-Fri., US$2 adults, US$0.75 children) houses the National Gallery West, featuring a history of St. James as part of the permanent exhibit and temporary exhibits. The small collection of artifacts in the permanent collection spans the Taino period to the present day. The museum is under the management of the Institute of Jamaica, with assistant curator Leanne Rodney offering 30-minute tours throughout the day.

In: Attractions, The Arts

Events near Montego Bay and the Northwest

Oct
09
Fri
Soul in the Sun
Soul in the Sun - is a new event to grace Jamaica's annual music calendar pullin...
See all events in Montego Bay and the Northwest

Helpful links for Montego Bay and the Northwest

Mobay in a Day